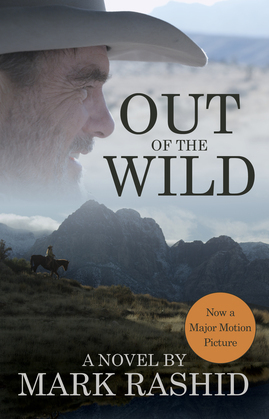 Out of the Wild

by Mark Rashid (Author)
Buy for $9.99 Excerpt
Nonfiction Nature, recreation and sports Sports & recreation Equestrian Pets Horses
warning_amber
One or more licenses for this book have been acquired by your organisation details
Now a major motion picture, starring John Diehl, Jean Louisa Kelley, and Ben Ashbrook, directed by Paul Krizan! One dark, vacant Nevada night, cattle rancher Henry McBride closes his eyes—only to open them and find his life suddenly in a shambles, with everything that means anything to him lost forever. Overwhelmed by grief and guilt, Henry drives away from his past as far and as fast as he can; jobs, towns, and whiskey come and go.

And then guest ranch owner Jessie King extends an open and forgiving hand, and the arrival of a young mustang stallion—also wounded and alone—ignites a flicker of recognition in Henry. Jessie's powerful ability to connect with horses, and her gentle attempts to connect with Henry, slow him down long enough to let him heal just a little. But when Jessie’s former ranch manager returns with murder in mind, the fragile world she, Henry, and the stallion are building together threatens to come crashing down.
Protection
Watermark
Format
EPUB
Publication date
October 01, 2016
Publisher
Trafalgar Square Books
Page count
432
ISBN
9781570768194
Paper ISBN
9781570767685