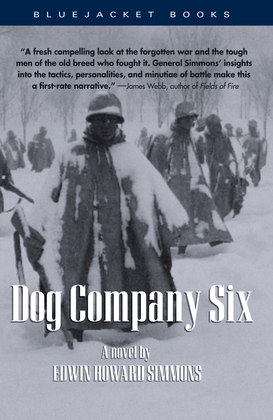 de Edwin Howard Simmons (Autor)
No Ficción Historia Historia por país Estados Unidos Periodo histórico Guerra de Coréa
A Marine who wielded both pen and sword in a long, distinguished career captures the heroism and horror of the early days of the Korean War in this gripping novel. As a young man--with his own experiences in the war still vivid in his mind--Simmons wrote of the complex gamut of emotions and experiences that made this bloody encounter between East and West so unique. He kept the manuscript to himself until the war's fiftieth anniversary, when it was published to critical acclaim. Lauded for bringing a psychological intensity and realism to the war, the novel tells the story of a Marine reserve captain abruptly recalled to active duty to lead a company of Marines in a series of battles from the mud flats of Inchon to the frozen wasteland of the Chosin reservoir.