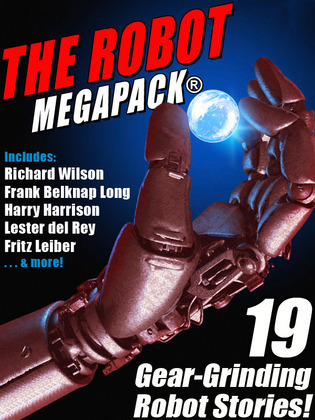 This volume collects 19 stories of robots in their many guises. Some obey Asimov's 3 Rules of Robotics. Some are of alien design. Some serve mankind. And some...don't. All are great reading. Included are:

If you enjoy this ebook, don't forget to search your favorite ebook store for "Wildside Press Megapack" to see more of the 300+ volumes in this series, covering adventure, historical fiction, mysteries, westerns, ghost stories, science fiction -- and much, much more!