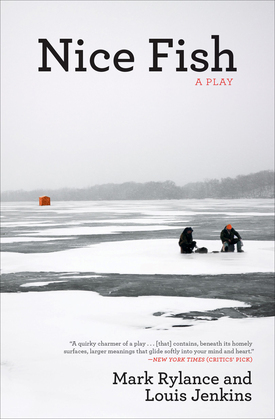 The Best Minds of My Generation

by Mark Rylance (Author)
Non-Fiction Literary essay
In the summer of 1977, Allen Ginsberg decided it was time to teach a course on the literary history of the Beat Generation. This was twenty years after the publication of his landmark poem “Howl,” and Jack Kerouac’s seminal book On the Road. Through the creation of this course, which he ended up teaching five times, first at the Naropa Institute and later at Brooklyn College, Ginsberg saw an opportunity to make a record of the history of Beat Literature. Compiled and edited by renowned Beat scholar Bill Morgan, and with an introduction by Anne Waldman, The Best Minds of My Generation presents the lectures in edited form, complete with notes, and paints a portrait of the Beats as Ginsberg knew them: friends, confidantes, literary mentors, and fellow revolutionaries.

Ginsberg was seminal to the creation of a public perception of Beat writers and knew all of the major figures personally, making him uniquely qualified to be the historian of the movement. In The Best Minds of My Generation, Ginsberg shares anecdotes of meeting Kerouac, Burroughs, and other writers for the first time, explains his own poetics, elucidates the importance of music to Beat writing, discusses visual influences and the cut-up method, and paints a portrait of a group who were leading a literary revolution. For academics and Beat neophytes alike, The Best Minds of My Generation is a personal and yet critical look at one of the most important literary movements of the twentieth century.