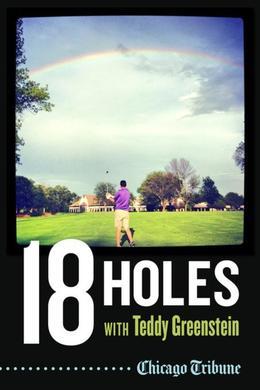 18 Holes with Teddy Greenstein: Teeing Up with Big Hitters, Hall of Famers and Legendary Talkers

by Teddy Greenstein (Author)
Excerpt
Nonfiction Nature, recreation and sports Sports & recreation Golf Social science Media studies Essays
warning_amber
One or more licenses for this book have been acquired by your organisation details
18 Holes with Teddy Greenstein is a collection of articles from Greenstein's Chicago Tribune column detailing his time golfing with and interviewing various sports coaches, broadcasters, and players — some more experienced than others in the game of golf.

Greenstein has played with a wide number of sports influencers, both retired and active: members of the Bears, Bulls, and Blackhawks, as well as Heisman Trophy winners, hall of famers, and course designers. Greenstein includes the interviewee's handicap, final score, and golf philosophy, while his light, conversational style makes for articles that are both humorous and informative.

Greenstein refers to his "18 holes with..." column as "journalism's greatest scam," as it allows him to tee off with some of his greatest heroes — but it also allows him to share their stories. 18 Holes with Teddy Greenstein gives readers a glimpse at sports celebrities when they are removed from their comfort zones and placed on the fairway. This collection, from a seasoned Chicago Tribune journalist, is perfect for all fans of golf — from casual to fanatic — and sports fans in general.
Format
EPUB
Protection
DRM Protected
Publication date
April 07, 2015
Publisher
Agate Digital
Page count
169
ISBN
9781572844940
Paper ISBN
9781572844940
2219438
item