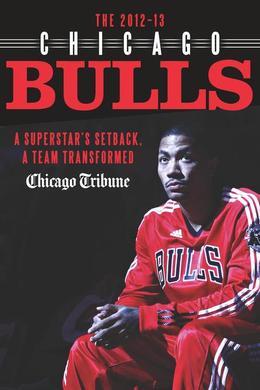 The 2012-13 Chicago Bulls: A Superstar's Setback, A Team Transformed

by Chicago Tribune Staff (Author)
Non-Fiction Nature, recreation and sports Sports & recreation Basketball
When Derrick Rose, star point guard and reigning MVP, suffered a devastating injury in the first round of the 2012 NBA playoffs, the Chicago Bulls quickly collapsed. Despite having the best record of the 2011-12 lockout-shortened season, the Bulls didn’t make it out of the first round against the eighth-seeded Philadelphia 76ers.

The 2012–13 Chicago Bulls, comprised of the off-season's best Chicago Tribune sports coverage, will guide fans through the wake of that painful playoff loss and the subsequent crucial signings, trades, and updates on Rose's rehabilitation. Die-hard fans and casual observers alike will appreciate the recap of the controversial off-season, written in the straightforward and insightful manner of the Chicago Tribune's award-winning journalists.

In this book, readers will get in-depth analysis of these off-season moves and a breakdown on all the new faces on this year's Bulls roster. As the team works to overcome Rose's injury, the dismantling of the "Bench Mob," and many fans’ opinion that the front office chose financial decision-making over "basketball decisions," readers can prepare for another season where Coach Tom Thibodeau will try to mold this group into a winning team as they anxiously await the return of Derrick Rose.