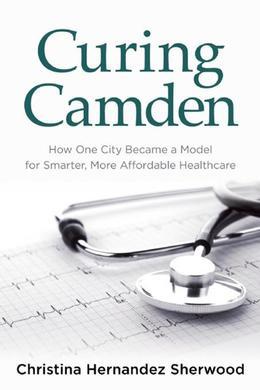 Curing Camden: How One City Became a Model for Smarter, More Affordable Healthcare

by Christina Hernandez Sherwood (Author)
Non-Fiction Health & fitness Health Medical Hospital Administration & Care Social science Social Work
As the federal health reform debate played out in the national media spotlight, author Christina Hernandez Sherwood was reporting on the American medical system from the street level. From 2010 to 2012, she wrote a half-dozen stories for the Philadelphia Inquirer that focused on an innovative healthcare nonprofit: the Camden Coalition of Healthcare Providers. These stories centered on the nonprofit's role in combating falls, violence, diabetes, and other issues in Camden, New Jersey, a city known nationally as one of the country's poorest and most violent, but that is now making a name for itself as an innovation leader in the public health sector.

In Curing Camden, all of Sherwood's articles have been collected into a single book, including the unpublished final installment profiling the nonprofit's founder. This book takes readers from the living rooms of Camden residents to the halls of the New Jersey State House in Trenton and beyond. Sherwood highlights how Camden could be the first US city to bend the cost curve by lowering healthcare costs while improving care. The ideas revealed in this book could be translated into practice across the country, and Camden could become a national model of 21st century medicine and public health.

Much of the reporting Sherwood conducted was funded by prestigious journalism grants, from stories on diabetes and violence, to a revelatory report on falls, the number-one cause of injury-related hospital visits in Camden and in many hospitals across the country. Whether readers are curious about the intricacies and implications of President Barack Obama's signature Affordable Care Act law, or simply attempting to understand the jungle that is the US healthcare industry, Curing Camden reveals an inspiring case-study of lowered costs, improved care, and a potential systemic fix to what often seems to be our country's most intractable problems.