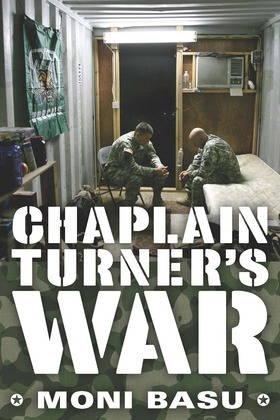 by Moni Basu (Author)
Buy for $2.99 Excerpt
Nonfiction Nature, recreation and sports Antiques & collectibles Military Iraq War (2003-) Biography & autobiography Military Religion
warning_amber
One or more licenses for this book have been acquired by your organisation details
The U.S. mission in Iraq ended Dec. 18, 2011, as the last American soldiers climbed into trucks and headed south through the desert towards Kuwait. Nearly 4,500 American troops died in the Iraq war. More than 30,000 others were physically wounded. Countless others live with scars that can't be seen. While medics and doctors heal the physical scars of the wounded, the military employs a select few to heal the hearts, minds, and souls of soldiers--all of whom are changed forever by war. In January 2008, Atlanta Journal-Constitution international reporter Moni Basu began documenting life at war with Darren Turner, a chaplain in the U.S. Army. Chaplain Turner served as the emotional support system of U.S. soldiers more accustomed to toughing it out than opening up.

Despite a rough and tumble youth, Chaplain Turner found spirituality and made the decision to practice faith amid a flock of the suffering. For that reason, he chose to be an Army chaplain on the front lines of The Iraq War. But Chaplain Turner's war would unfold on many fronts: as a soldier on the battlefield, as a counselor behind closed doors, as a minister at the altar, as a friend, as a father. He would become the backbone of an infantry battalion on its third deployment in Iraq. As the sole chaplain for a thousand men and women, he would absorb all that befell them. He would share in absolute joy--and tragedy.

Ms. Basu captures the entire range of these emotions in this book based on her time covering Chaplain Turner in Iraq and at home. In a series of articles she published in the Atlanta Journal-Constitution and expanded upon here, Ms. Basu deftly depicts the emotional weight carried by soldiers in the field, veterans at home, and a man charged with the harrowing responsibility of being a salve to their scarred souls.

For the first-time ever, the entire series of Ms. Basu's articles on Chaplain Turner have been collected into one book. There have been few looks into one of this nation's most controversial wars that have been as honest, heartbreaking, and inspiring as Chaplain Turner's War. The experiences of the young men and women Chaplain Turner served speak with a clarity and force that is relatable to readers of any religion and of any opinion about The Iraq War. It is a story of people's lives who are so often taken for granted as steely warriors, and so rarely appreciated as heroes returning home with a lifetime of emotional weight. Chaplain Turner's War is a must-read for anyone interested in the end of The Iraq War and the perspective of it from those most directly involved.
Format
EPUB
Protection
DRM Protected
Publication date
April 19, 2012
Publisher
Agate Digital
Page count
36
ISBN
9781572844056
Paper ISBN
9781572844056
File size
6 MB
2219018
item