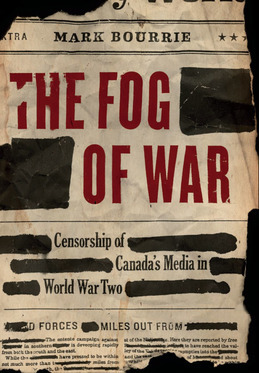 The Fog of War

by Mark Bourrie (Author)
Nonfiction History History by country Canada
The Canadian government censored the news during World War II for two main reasons: to keep military and economic secrets out of enemy hands and to prevent civilian morale from breaking down. But in those tumultuous times - with Nazi spies landing on our shores by raft, U-boat attacks in the St. Lawrence, army mutinies in British Columbia and Ontario and pro-Hitler propaganda in the mainstream Quebec press - censors had a hard time keeping news events contained.

Now, with freshly unsealed World War II press-censor files, many of the undocumented events that occurred in wartime Canada are finally revealed. In Mark Bourrie's illuminating and well-researched account, we learn about the capture of a Nazi spy-turned-double agent, the Japanese-Canadian editor who would one day help develop Canada's medicare system, the curious chiropractor from Saskatchewan who spilled atomic bomb secrets to a roomful of people and the use of censorship to stop balloon bomb attacks from Japan. The Fog of War investigates the realities of media censorship through the experiences of those deputized to act on behalf of the public and reveals why press censorship in wartime Canada was, at best, a hit-and-miss game.