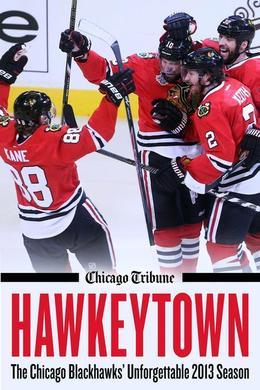 by Chicago Tribune Staff (Author)
Excerpt
Nonfiction Nature, recreation and sports Sports & recreation Hockey
warning_amber
One or more licenses for this book have been acquired by your organisation details
The Chicago Blackhawks played an abbreviated but unforgettable 2013 season. It began with a 5-2 victory over the defending Stanley Cup champion Los Angeles Kings, continued with a record-setting 24-game run to start the season without a regulation loss and ended with a mighty march toward a second National Hockey League championship in four seasons.