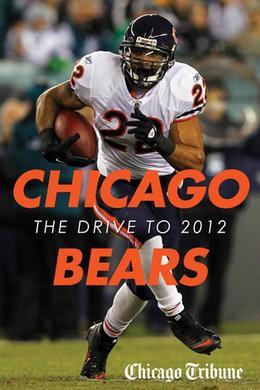 Chicago Bears: The Drive to 2012: An In-Depth Guide to Off-season Moves and Pre-season News

by Chicago Tribune Staff (Editor)
Excerpt
Nonfiction Nature, recreation and sports Sports & recreation Football
warning_amber
One or more licenses for this book have been acquired by your organisation details
The Chicago Bears' 2011 season was over long before Major Wright's awkward landing on team captain Brian Urlacher's left knee, which ultimately required off-season surgery. Urlacher, writhing in pain on the Metrodome turf during the team's final game, was the final blow to the Bears' 2011 season, which had begun with a promising 7-3 record, ended with the insult of an 8-8 record, and serious injuries to the team's three biggest stars: Brian Urlacher, Jay Cutler, and Matt Forte.

2011's disappointing end marked the fourth time in the previous five seasons that the Bears failed to make the playoffs. While the most direct cause of the Bears' late-season slump was quarterback Jay Cutler's freak thumb injury in Week 11, a lack of depth, adaptability, and success in the draft meant the lion's share of the blame fell on general manager Jerry Angelo. He, along with controversial offensive coordinator Mike Martz, were dismissed at season's end and replaced by long-time scouting director Phil Emery and former offensive line coach Mike Tice, respectively.

While Bears onlookers expected a big move during free agency, Emery surprised everyone by making one of his first acquisitions the all-pro wide receiver Brandon Marshall. Marshall, who played with Cutler for the Denver Broncos, instantly became the most talented receiver ever to grace a Bears roster. The reunion continued when another former Bronco, Jeremy Bates, was brought in to be the quarterbacks coach, completing the triumvirate that helped Cutler and Marshall put up some of their best statistical seasons in Denver. It seemed like the Bears were finally surrounding Cutler with the level of talent he would need to thrive in the pass-happy NFL.

Despite added weapons on the offensive end, many questions persisted as the off-season continued. Would Matt Forte's tense contract negotiations be solved before training camp or would a lengthy, damaging holdout follow? Would unheralded first-round pick Shea McClellin help the Bears defensive line issues or would Emery's gamble echo the many draft busts of his predecessor? Would the offensive line protect Cutler enough for him to take advantage of his new weapons? Would Brian Urlacher return at peak form following his gruesome knee injury and mysterious surgery?

Your 2012 Chicago Bears is the complete guide to all of the 2012 Bears storylines and an in-depth wrap-up of all of the team's off-season moves. This book will make sure fans are caught up on anything missed over the summer and get them ready for a Bears season filled with high expectations. Edited by the award-winning journalists of the Chicago Tribune, the Chicago Bears' march to Super Bowl XLVII begins here.
Format
EPUB
Protection
DRM Protected
Publication date
August 28, 2012
Publisher
Agate Digital
Page count
250
ISBN
9781572844278
Paper ISBN
9781572844278
2218950
item