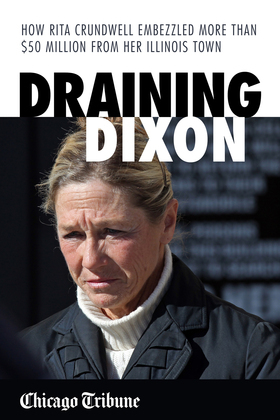 Draining Dixon: How Rita Crundwell Embezzled More Than $50 Million from Her Illinois Town

by Chicago Tribune Staff (Author)
Non-Fiction Biography & autobiography Criminals & Outlaws Social science Regional Studies
Comprising articles from the Chicago Tribune's in-depth coverage of the Rita Crundwell scandal, Draining Dixon is the true-life account of the Dixon, Illinois, comptroller who embezzled over $50 million from municipal coffers during a twenty-year career in local government. From 1983 to April 2012, Crundwell kept an eye over virtually every dollar that passed through the small town of Dixon's accounts, while also running one of the most successful horse farms in America. When the story broke that this municipal employee was the subject of an investigation, almost no one was aware of the entire shocking truth.

This book follows the chronological history of Rita Crundwell's career as the Dixon, Illinois, comptroller, while also exploring her personal life as one of the best-known Quarter Horse breeders in the country. Crundwell's horses won 52 world championships and she was named the leading owner by the American Quarter Horse Association for eight consecutive years prior to her arrest. This story is one of the most bizarre and surprising tales of white-collar crime and governmental corruption in United States history, and now readers can read the entire story exactly as it unfolded.