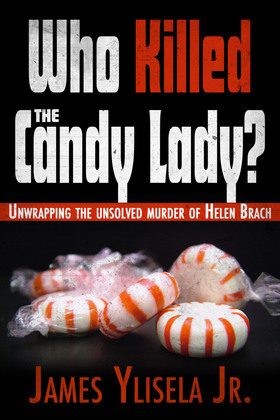 Who Killed the Candy Lady?

by James Ylisela (Author)
Non-Fiction News and investigations True crime History History by country United States Midwest states (IA, IL, IN, KS, MI, MN, MO, ND, NE, OH, SD, WI)
Thirty-five years ago, Helen Brach walked out of the Mayo Clinic in Rochester, Minnesota, and vanished without a trace. By all accounts, the 65-year-old heiress to the E.J. Brach & Sons candy fortune was in good heath. But shortly after her leaving the clinic the details of Helen Brach's life—and presumed death—moved from fact to speculation, and they have been shrouded in mystery ever since.

Who Killed the Candy Lady?: Unwrapping the Unsolved Murder of Helen Brach is the true and complete story of Helen Vorhees Brach's mysterious disappearance and unsolved murder, as told by veteran Chicago journalist Jim Ylisela. This book will reveal the sordid facts behind the case and the seedy underbelly of Chicago's notorious crime world. Drawing from never-seen documents, interviews, and insiders' perspectives of prosecutors, horse thieves, and candy heiresses alike, Who Killed the Candy Lady? is a true-to-life whodunnit.

This is a fascinating and entertaining tale, and after finishing it readers will be unable to stop themselves from jumping to their own conclusions. Written with the straightforward precision and sly wit of a longtime Chicago writer immersed in the case's details, Who Killed the Candy Lady? is the ultimate guide to this unsolved murder mystery.