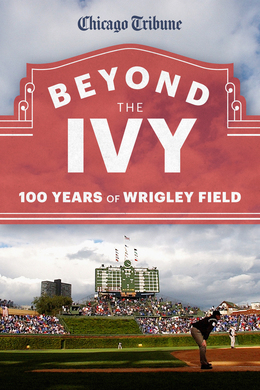 by Chicago Tribune Staff (Author)
Excerpt
Nonfiction Nature, recreation and sports Sports & recreation Baseball Arts Photography Subjects & themes Sports Regional Travel North America United States Midwest East North Central states (IL, IN, MI, OH, WI)
warning_amber
One or more licenses for this book have been acquired by your organisation details
The first major league baseball game to take place at what is now called Wrigley Field occurred on April 23, 1914, on 4,000 yards of soil and four acres of bluegrass. Though the area may have shrunk, Chicago’s love for the iconic Wrigley Field has only grown in the past century. In honor of the legendary ballpark's 100th birthday, the Chicago Tribune staff has compiled a breathtaking tribute to Wrigley Field, including historical photos, archival articles, and new content from the newspaper's award-winning journalists.

Beyond the Ivy: 100 Years of Wrigley Field is a beautifully illustrated collection that captures the timeless charm of the "Friendly Confines." With contributions from beloved Chicago Tribune writers like Mike Royko, Christopher Borrelli, Paul Sullivan, Phil Vettel, and more, this book is a dazzling celebration of a national landmark and the gem of Chicago's north side. Stories of homers and blunders, heroes and villains, and triumph and tragedy are spread throughout this book, allowing readers to relive all their favorite memories right in the palm of their hands.

From the time the plot of land bound by the streets Clark, Addison, Sheffield, and Waveland was the Chicago Lutheran Theological Seminary, to the construction of Weeghman Park and its renaming as Wrigley Field, this stadium has not only hosted baseball, football, and hockey, but also a century's worth of ever-changing trends in music, food, and fashion. Readers can finally join in on Wrigley's centennial celebration with this entertaining and fascinating book detailing what may very well be Chicago’s greatest contribution to baseball. Beyond the Ivy, in tracing the roots of Major League Baseball's second oldest ballpark, has created a testament that—much like the cherished construction it profiles—will surely stand the test of time.
Publication date
April 10, 2014
Publisher
Agate Digital
Page count
100
ISBN
9781572844858