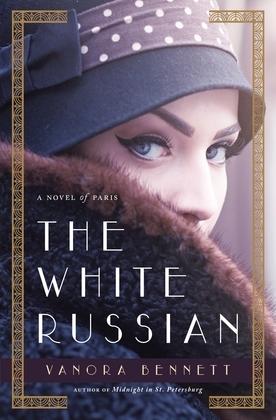 An enchanting, suspenseful novel of love, art, music, and family secrets set among the Russian émigré community of Paris in 1937

The White Russian by Vanora Bennett begins as Evie, a rebellious young American, leaves New York in search of art and adventure in Jazz Age Paris, home to her long-estranged bohemian grandmother. But just as Evie arrives, her grandmother becomes very ill. Before she dies, she compels Evie to carry out her final wish: find a man from her past known only as Zhenya.

The quest leads Evie deep into the heart of the Russian émigré community of Paris. With the world on the brink of war, she becomes embroiled in murder plots, conspiracies, and illicit love affairs as White Russian faces Red Russian, and nothing is as it seems.

When Evie meets Jean, a liberal Russian refugee connected to her grandmother?s circle, she thinks she has finally found the passion and excitement she?s yearned for all her life. But is she any nearer to discovering the identity of the mysterious Zhenya or to uncovering the heartbreak of her grandmother?s past?