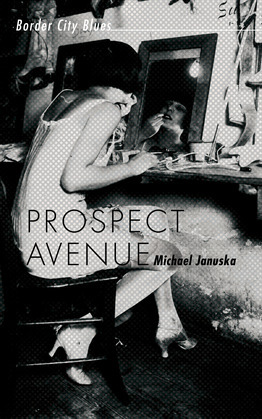 Border City Blues
by Michael Januska (Author)
Buy for $6.99 Excerpt
Fiction Mystery & detective Historical Historical Hard-boiled
warning_amber
One or more licenses for this book have been acquired by your organisation details

West meets East as bootleggers and cops tangle with opium smugglers and corrupt officials in a new kind of gang warfare.

Prospect Avenue is nothing more than a dirt road ending in bulrushes behind a roadhouse. It’s a popular rendezvous point along the Detroit River for bootleggers like Jack McCloskey. But there’s more than just rum-running going on these days; there’s a growing trade in opium and people, as McCloskey finds out when he rescues the survivor of a bad smuggling deal.

As if this wasn’t enough, McCloskey is also trying to get his dinner club back on its feet, while his girlfriend, the indomitable Vera Maude, has a wedding to plan … and it’s not her own. He’s trying to hold things together while police corruption and domestic strife threaten to pull it all apart. Then, a series of murders brings powerful groups into conflict and may drag McCloskey into the fray.