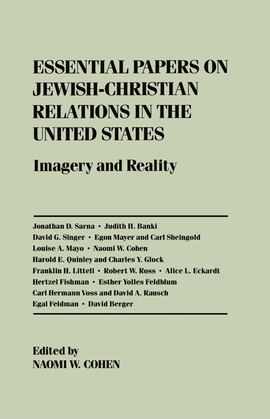 What the Rabbis Said

What the Rabbis Said examines a relatively unexplored facet of the rich social history of nineteenth-century American Jews. Based on sources that have heretofore been largely neglected, it traces the sermons and other public statements of rabbis, both Traditionalists and Reformers, on a host of matters that engaged the Jewish community before 1900.

Reminding the reader of the complexities and diversity that characterized the religious congregations in nineteenth-century America, Cohen offers insight into the primary concerns of both the religious leaders and the laity—full acculturation to American society, modernization of the Jewish religious tradition, and insistence on the recognized equality of a non-Christian minority. She also discusses the evolution of denominationalism with the split between Traditionalism and Reform, the threat of antisemitism, the origins of American Zionism, and interreligious dialogue. The book concludes with a chapter on the professionalization of the rabbinate and the legacy bequeathed to the next century. On all those key issues rabbis spoke out individually or in debates with other rabbis. From the evidence presented, the congregational rabbi emerges as a pioneer, the leader of a congregation, as well as spokesman for the Jews in the larger society, forging an independence from his European counterparts, and laboring for the preservation of the Jewish faith and heritage in an unfamiliar environment.