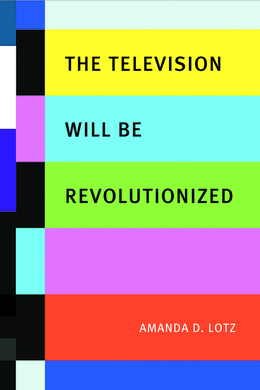 The Television Will be Revolutionized

After occupying a central space in American living rooms for the past fifty years, is television, as we’ve known it, dead? The capabilities and features of that simple box have been so radically redefined that it’s now nearly unrecognizable. Today, viewers with digital video recorders such as TiVo may elect to circumvent scheduling constraints and commercials. Owners of iPods and other portable viewing devices are able to download the latest episodes of their favorite shows and watch them whenever and wherever they want. Still others rent television shows on DVD, or download them through legal and illegal sources online. But these changes have not been hastening the demise of the medium. They are revolutionizing it.

The Television Will Be Revolutionized examines television at the turn of the twenty-first century —:what Amanda D. Lotz terms the “post-network” era. Television, both as a technology and a tool for cultural storytelling, remains as important today as ever, but it has changed in fundamental ways as the result of technological innovations, proliferating cable channels targeting ever more specific niche audiences, and evolving forms of advertising such as product placement and branded entertainment. Many of the conventional practices and even the industry’s basic business model are proving unworkable in this new context, resulting in a crisis in norms and practices.

Through interviews with those working in the industry, attendance of various industry summits and meetings, surveys of trade publications, and consideration of an extensive array of popular television shows, Lotz takes us behind the screen to explore what is changing, why it’s changing, and why these changes matter.