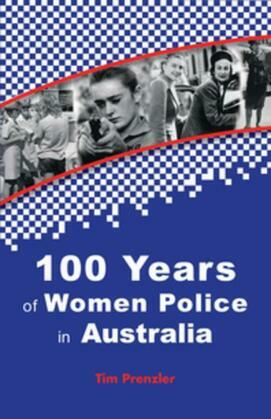 One Hundred Years of Women Police in Australia

by Tim Prenzler (Author)
Buy for $19.99 Excerpt
Nonfiction History History by country Australia & New Zealand
warning_amber
One or more licenses for this book have been acquired by your organisation details

?The weaker-sex snap up every opportunity of quitting the sacred-side of the home. Independence is their cry ? irresponsible independence. The ambition is no doubt laudable, but is it desirable??? The Sydney Stock and Station Journal, 1915.

? Police have at all times been able to collect evidence of any nature required in any cases. If women collected evidence, male police would have to go over it afterwards to have it be of any use or complete it?? ? Police Inspector O?Sullivan, 1915

Policing has always been a tough job ? dealing with criminals and the constant threat of physical attack. Any woman who puts her hand up for the role of protecting the community as a police officer, and manages to carry out her duties in a competent and conscientious manner, in the teeth of a myriad of external and internal challenges, is to be greatly admired. In 2015 Australia celebrates the centenary of the country?s first appointment of women police. Yet it was not until 1961 that all jurisdictions finally had female officers.
Tim Prenzler, one of Australian? s leading research criminologists, has spent 25 studying the long and tortuous path to equality and professional recognition of Australia?s women police. He has examined aspects of gender relations in policing, barriers to women in recruitment, the work of equity agencies, international comparisons of the status of women police, and performance comparisons of male and female officers.

This fascinating book presents for the first time the story of 100 years of Australian women police. Filled with quotes and extracts from reports and correspondences of the time it sheds light on the conflicts, egos, biases, social mores and heroic efforts of those involved in this story.

A vital contribution to Australian history as well as modern policing and policy, the book concludes with a simple recipe for eliminating discrimination and optimising the contributions of women to police work.