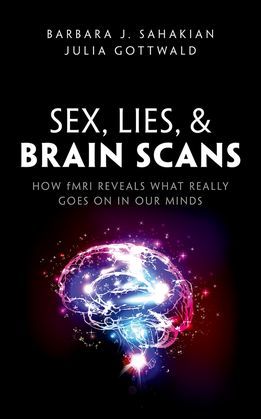 The recent explosion of neuroscience techniques has been game-changing in terms of understanding the healthy brain, and in the development of neuropsychiatric treatments. One of the key techniques is functional magnetic resonance imaging (fMRI), which allows us to examine the human brain non-invasively, and observe brain activity in real time. Through fMRI, we are beginning to build a deeper understanding of our thoughts, motivations, and behaviours. Already fMRI has
been used to detect conscious activity in some patients who had all indications of being in a vegetative state, and even enabled us to communicate with some of them. This is just one of the many striking areas in which fMRI can be used to 'read minds'.

As neuroscientists unravel the brain networks of self-control and morality, we might find abnormalities in criminal offenders. Could we predict crimes before they are committed? fMRI has also been used to detect racial bias in some people who regarded themselves as fair-minded. Meanwhile, the reliability of fMRI as a lie detector in murder cases or as a tool for marketing is being debated.

Sex, Lies, and Brain Scans takes readers beyond the media headlines. Barbara Sahakian and Julia Gottwald consider what the technique of fMRI entails, and what information it can give us, showing which applications are possible today, and which ones are science fiction. They also consider the important ethical questions these techniques raise. Should brain scans be allowed at airports to screen for terrorists? Should they be used to vet future judges and teachers? How far will we allow
neuroscience to go? It is time to make up our minds.