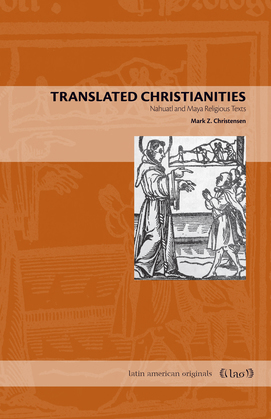 Beginning in the sixteenth century, ecclesiastics and others created religious texts written in the native languages of the Nahua and Yucatec Maya. These texts played an important role in the evangelization of central Mexico and Yucatan. Translated Christianities is the first book to provide readers with English translations of a variety of Nahuatl and Maya religious texts. It pulls Nahuatl and Maya sermons, catechisms, and confessional manuals out of relative obscurity and presents them to the reader in a way that illustrates similarities, differences, and trends in religious text production throughout the colonial period.

The texts included in this work are diverse. Their authors range from Spanish ecclesiastics to native assistants, from Catholics to Methodists, and from sixteenth-century Nahuas to nineteenth-century Maya. Although translated from its native language into English, each text illustrates the impact of European and native cultures on its content. Medieval tales popular in Europe are transformed to accommodate a New World native audience, biblical figures assume native identities, and texts admonishing Christian behavior are tailored to meet the demands of a colonial native population. Moreover, the book provides the first translation and analysis of a Methodist catechism written in Yucatec Maya to convert the Maya of Belize and Yucatan. Ultimately, readers are offered an uncommon opportunity to read for themselves the translated Christianities that Nahuatl and Maya texts contained.