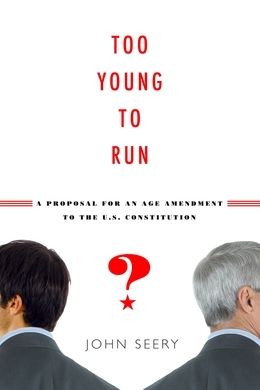 Too Young to Run?

Under the Constitution of the United States, those with political ambitions who aspire to serve in the federal government must be at least twenty-five to qualify for membership in the House of Representatives, thirty to run for the Senate, and thirty-five to become president. What is the justification for these age thresholds, and is it time to consider changing them? In this provocative and lively book, John Seery presents the case for a constitutional amendment to lower the age barrier to eighteen, the same age at which citizens become eligible to vote. He divides his argument into three sections. In a historical chapter, he traces the way in which the age qualifications became incorporated in the Constitution in the first place. In a theoretical chapter, he analyzes the normative arguments for office eligibility as a democratic right and liberty. And in a political chapter, he ruminates about the real-world consequences of passing such an amendment and the prospects for its passage. Finally, in a postscript, he argues that younger citizens in particular ought to be exposed to this fundamental issue in civics.