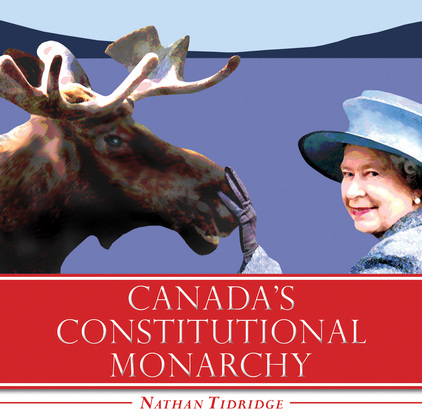 The Canadian Crown is a unique institution that has been integral to our ideals of democracy from its beginning in 16th-century New France.

Canadians enjoy one of the most stable forms of government on the planet, but there is a crisis in our understanding of the role the Crown plays in that government. Media often refer to the governor general as the Canadian head of state, and the queen is frequently misidentified in Canada as only the British monarch, yet she has been queen of Canada since 1952. Even government publications routinely cast the Crown as merely a symbolic institution with no impact on the daily lives of Canadians — this is simply not true. Errors such as these are echoed in school textbooks and curriculum outlines.

Canada’s Constitutional Monarchy has been written to counter the misinformation given to Canadians, reintroducing them to a rich institution integral to our ideals of democracy and parliamentary government. Nathan Tidridge presents the Canadian Crown as a colourful and unique institution at the very heart of our Confederation, exploring its history from its beginnings in 16th-century New France, as well as its modern relationships with First Nations, Honours, Heraldry, and the day-to-day life of the country.