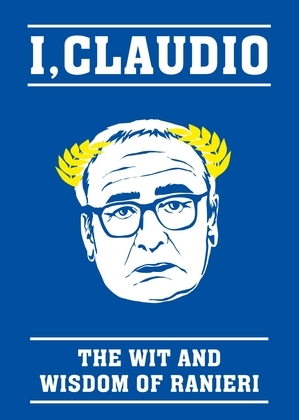 On squad building: 'If it is the case that you need just a first 11 and three or four more players, then why did Christopher Columbus sail to India to discover America?'

On his technical advisor: 'My only technical adviser is my mother. When I told her that Damien [Duff] had injured his shoulder again, she said 'Oh no!' Who should replace him? I will call her before the game to ask.'

On bookmakers: 'I don't believe in the bookmakers. The bookmakers at the beginning predicted that the [first manager] sacked would be Ranieri. The first!'

On Jamie Vardy: 'This is not a footballer. This is a fantastic horse.'

We all know the story by now: Leicester City were relegation fodder at the start of the 2015/16 season. Written off, laughed at, berated in the press the team and their manager were dead certs to be kicking off the following season in the Championship. Then, some nine months later, they were crowned Premier League champions, with the majority of the football establishment left scratching their heads as to just how they managed it.

This rollercoaster of a season was perfectly captured by their eccentric manager, Claudio Ranieri, whose mixture of charm, wit, weird idioms and hilarious mis-translations has made for some very entertaining press conferences over the years. Little bells, Christopher Columbus, Mary Poppins - Ranieri's reflections are stuff of legend - and now, for the first, his splendid quotes are collected into this wonderful Xmas gift book!