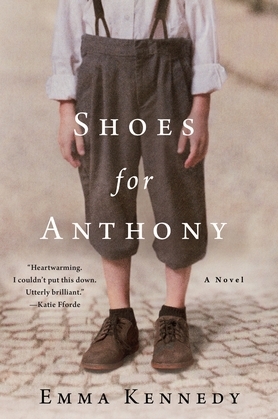 This 1944 World War Two drama tells the story of Anthony, a boy living in a deprived Welsh village, anticipating the arrival of American troops. Suddenly, a German plane crashes into the village mountain. A Polish prisoner-of-war survives and is brought into the community where he builds a close relationship with Anthony. Later, the villagers discover one of the Germans on the plane has survived and is still on the mountain.

Joyous, thrilling, and nostalgic, Emma Kennedy?s Shoes For Anthony will have you wiping your eyes one moment and beaming from ear-to-ear the next. This is a small gem of a novel that reviewers (and readers) will cherish.