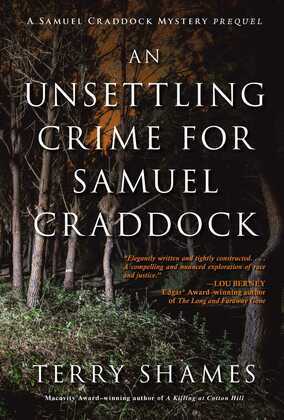 When the Jarrett Creek Fire Department is called to douse a blaze on the outskirts of town, they discover a grisly scene: five black young people have been murdered. Newly elected Chief of Police Samuel Craddock, just back from a stint in the Air Force, finds himself an outsider in the investigation headed by the Texas Highway Patrol. He takes an immediate dislike to John Sutherland, a racist trooper Craddock’s fears are realized when Sutherland arrests Truly Bennett, a young black man whom Craddock knows and respects. Sutherland cites dubious evidence that points to Bennett, and Craddock uncovers facts leading in another direction. When Sutherland refuses to relent, Craddock is faced with a choice that will define him as a lawman?either let the highway patrol have its way, or take on a separate investigation himself. Although his choice to investigate puts both Craddock and his family in danger, he perseveres. In the process, he learns something about himself and the limits of law enforcement in Jarrett Creek. From the Trade Paperback edition.