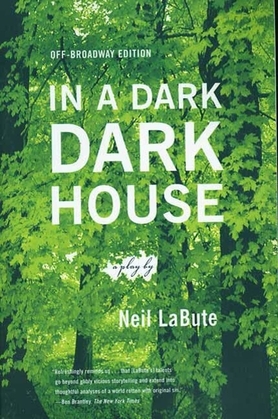 In a Dark Dark House

Two brothers meet on the grounds of a private psychiatric facility. Drew, has been court-confined for observation and has called his older brother, Terry, to corroborate his claim of childhood sexual abuse by a young man from many summers ago. Drew's request releases barely-hidden animosities between the two: Is he using these repressed memories to save himself while smearing the name of his brother's friend? Through pain and acknowledged betrayal, the brothers come to grips with and begin to understand the legacy of abuse, both inside and outside their family home.

In a Dark, Dark House is the latest work from Neil LaBute, American theater's great agent provocateur. The play will have its world Premiere in May 2007, Off Broadway at New York's MCC Theater.