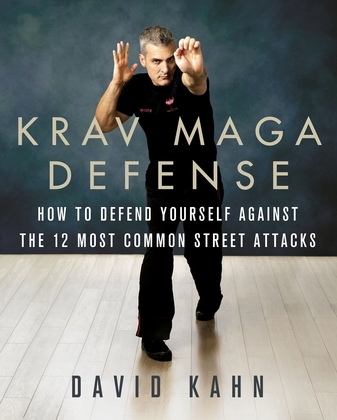 David Kahn, U.S. Chief Instructor of the Israeli Krav Maga Association, is back again with Krav Maga Defense: How to Defend Yourself Against the 12 Most Common Street Attacks. Created by the Israeli army for self-defense, krav maga is gaining popularity around the world?especially here in the United States. Kahn is a self-defense expert, teacher, and served as a board member of the original Israeli Krav Maga Association.

Kahn will teach you how to gain the upper hand in the twelve most common unarmed street attacks the average person is likely to encounter. He?ll show you how to outmaneuver takedowns, rear chokes, ambush attacks, sucker punches while texting, knees to the groin, among other street safety skills.

Kahn has instructed everyone from members at the local Y to executives, celebrities, and all major federal U.S. law enforcement agencies, as well as all five branches of the U.S. military. His simple, no-nonsense approach to self-defense is perfect for men and women of all fitness levels. Don?t become tomorrow?s headline; Krav Maga Defense will teach you to protect yourself today.