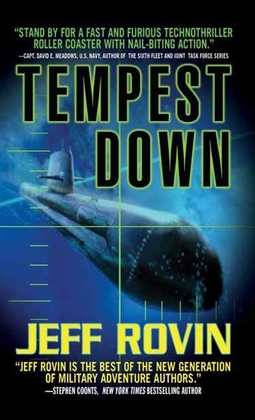 From the New York Times bestselling writer of Tom Clancy's Op-Center series, a relentlessly paced techno-thriller that plunges readers into the icy depths of the Antarctic.

An experimental U.S. Submarine, the Tempest D, with a propulsion system five-times-faster than traditional drives is to be tested in the remote South Polar waters. Chinese intelligence learns of the test and sends their own submarine to observe. When an underwater collision causes the sumarines to become trapped under the Antarctic ice, they need each other to survive. Meanwhile, a U.S. military team codenamed L.A.S.E.R.-- Land Air Sea Emergency Rescue-- is sent on an unprecedented rescue mission . . . under the Polar cap, every minute matters.