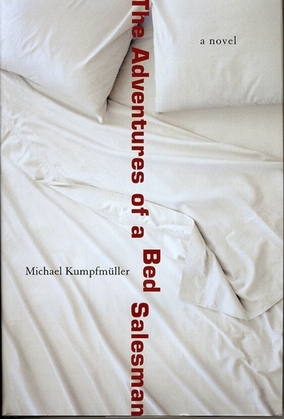 The Adventures of a Bed Salesman

This picaresque tale of a sexually voracious bed salesman whose life is dominated by his adventures with women opens in l962 as thirty-year-old Heinrich Hampel crosses the Berlin Wall leaving the West for East. This is not a political gesture but a desperate attempt to escape debt and the sexual mayhem caused by his bold selling techniques. Charming his way into the hearts and beds of his female customers (in Bavaria in the l950s), Heinrich doubles his turnover, but when an expensive mistress appears, his long-suffering wife Rosa has cause to worry. Despite the postwar economic miracle, Heinrich's debts build until he is forced to flee across the border and take up his old ways in the East. From this audacious and outlandish opening, the novel builds up a mosaic of Hampel's life. As fresh as it is provocative, Michael Kumpfmüller's first novel was a bestselling literary sensation in Germany.