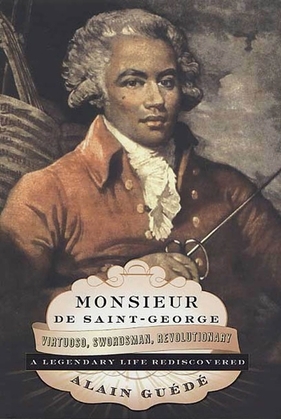 The first full biography of one of the greatest figures of eighteenth-century Europe, known in his time as the "Black Mozart"

Virtually forgotten until now, his life is the stuff of legend. Born in 1739 in Guadeloupe to a slave mother and a French noble father, he became the finest swordsman of his age, an insider at the doomed court of Louis XVI, and, most of all, a virtuosic musician. A violinist, he directed the Olympic Society of Concerts, which was considered the finest in Europe in an age of great musicians, including Haydn, from whom he commissioned a symphony, and Mozart, to whom he was often compared. He also became the first Freemason of color, embracing the French Revolution with the belief that it would end the racism against which-despite his illustrious achievements-he struggled his whole life. This is the life of Joseph Bologne, known variously as Monsieur de Saint-George, the "Black Mozart," and, because of his origins, "the American." Alain Guédé offers a fascinating account of this extraordinary individual, whose musical compositions are at long last being revived and whose story will never again be forgotten.