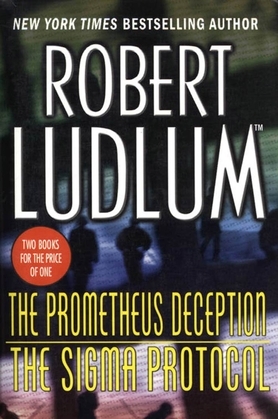 Nicholas Bryson spent years as a deep cover operative for the American secret intelligence group, the Directorate. After critical undercover mission went horribly wrong, Bryson was retired to a new identity. Years later, his closely held cover is cracked and Bryson learns that the Directorate was not what it claimed - that he was a pawn in a complex scheme against his own country's interests. Now, it has become increasingly clear that the shadowy Directorate is headed for some dangerous endgame - but no one knows precisely who they are and what they are planning. With Bryson their only possible asset, the director of the CIA recruits Bryson to find, reinfiltrate, and stop the Directorate. But after years on the sidelines, Bryson's field skills are rusty, his contacts unreliable, and his instincts suspect.

With everything he thought he knew about his own life in question, Bryson is all alone in a wilderness of mirrors - unsure what is and isn't true and who, if anyone, he can trust - with the future of millions in the balance.

Ben Hartman is vacationing in Zurich, Switzerland when he chances upon his old friend Jimmy Cavanaugh?a madman who's armed and programmed to assassinate. In a matter of minutes, six innocent bystanders are dead. So is Cavanaugh. But when his body vanishes, and his weapon mysteriously appears in Hartman's luggage, Hartman is plunged into an unfathomable nightmare?

Meanwhile, Anna Navarro, field agent for the Department of Justice, has been asked to investigate the sudden, random deaths of eleven men throughout the world. The only thing that connects them? A secret file, over a half-century old, that's linked to the CIA?and is marked with the same puzzling codename: Sigma.

As Anna follows the connecting thread?and Hartman finds himself on the run?she ends up in the shadows of a relentless killer who is one step ahead of her?victim by victim. Now, she and Hartman together must uncover the diabolical secrets long held behind Sigma. It will threaten everything they think they know about themselves?and confirm their very worst fears...