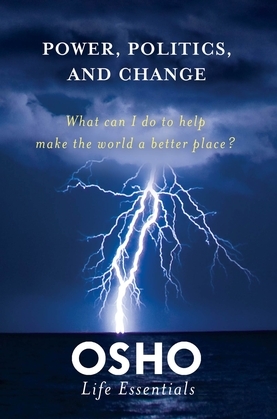 One of the twentieth century?s greatest spiritual teachers examines how to maintain your benevolent motivations without falling prey to the controlling tendencies inherent in those seeking to lead others.

Power, Politics, and Change: What Can I Do to Help Make the World a Better Place? takes on the conventional wisdom that ?power corrupts? and proposes instead that those who seek power are already corrupt: Once they attain their goal, their corruption simply has the opportunity to express itself. That?s why even those who seek power in order to bring about radical change so often fail, despite their best intentions. Osho looks at where this ?will to power? comes from, how it expresses itself not only in political institutions, but in our everyday relationships. In the process, he offers a vision of relationships and society based not on power over others, but on a recognition of the uniqueness of every individual.

Featuring an original talk by Osho on DVD, you?ll experience his philosophies and values straight from the source.