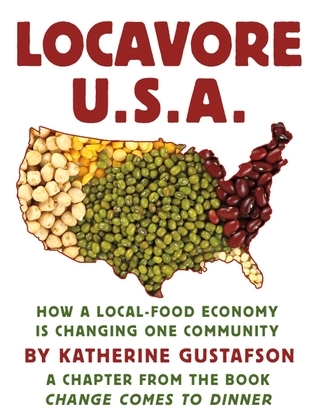 In 1950, at least 70 percent of Montana's food was grown in Montana. Many states used to have robust local-food economies, but that has changed drastically around the country in recent decades. National-scale food businesses beat out community-oriented small and medium-sized operations, laying waste to the infrastructure that once supported thriving local-food economies.
There is rising interest in again making food a local affair. But jump-starting a locavore economy is a tricky business. To cut down the massive distances that the vast majority of food eaten in the United States travels before it reaches dinner plates, communities must work to nurture "a cascading effect" by which each piece of a local-food economy enables and then reinforces the others to create a robust, cost-effective network.
Locavore U.S.A. introduces readers to some brave, hard-working souls in western Montana who are building their own such network piece by piece. In the process they are uncovering a key way to transform our industrially dominated food system.

The following ebook is taken from the book Change Comes to Dinner.