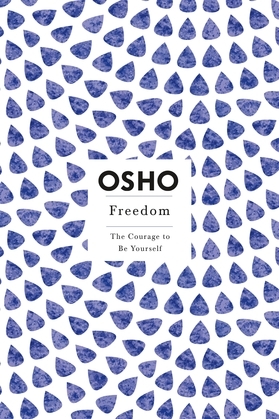 Learn how to set yourself free with the philosophies of one of the twentieth century?s greatest spiritual teachers in Freedom: The Courage to Be Yourself.

In Freedom, Osho outlines three stages of freedom. The first is ?freedom from,? which is a freedom that comes from breaking out of what he calls the ?psychological slavery? imposed by outside forces such as parents, society, or religion. The next stage is ?freedom for,? a positive freedom that comes from embracing and creating something?a fulfilling relationship, for example, or an artistic or humanitarian vision. And lastly there is ?just freedom,? the highest and ultimate freedom. This last freedom is more than being for or against something; it is the freedom of simply being oneself and responding truthfully to each moment.

This book helps readers to identify the obstacles to their freedom, both circumstantial and self-imposed, to choose their battles wisely, and to find the courage to be true to themselves.