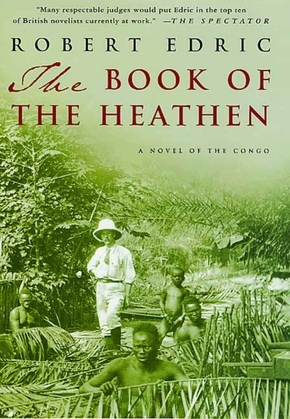 The Book of the Heathen

1897. In an isolated station in the Belgian Congo, an Englishman is to be tried for the murder of a native child. Imprisoned in a makeshift jail, Nicholas Frere awaits the arrival of the Company's official investigator while his friend, James Frasier, attempts to discover the circumstances which surround the charge.

The world around them is rapidly changing: the horrors of the Belgian Congo are becoming known and the flow of its once-fabulous wealth is drying up. Unrest flares unstoppably into violence.

Frere's coming trial will seek to determine considerably more than the killing of a child. But at the heart of this conflict is a secret so dark, so unimaginable, that one man must be willingly destroyed by his possession of it, and the other must both sanction and participate in that destruction.

In a narrative of ever-quickening and growing intensity, The Book of the Heathen explores notions of honor, friendship, justice and reason in a world where men have been forced by circumstance to descend into an abyss of savagery and terror. Robert Edric's The Book of the Heathen is a stunning novel that truly evokes a Conradian heart of darkness.