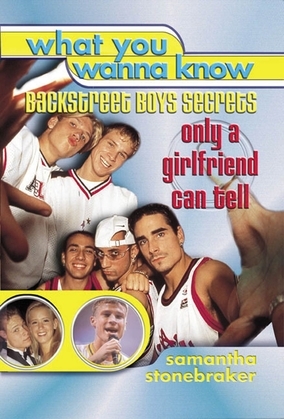 What You Wanna Know

You know him as B-Rok, a front man for the Backstreet Boys. I know him as G.B., a special nickname shared only between the two of us until Now.

I am Brian Littrell's first love and highschool sweetheart. Brian and I were best friends for four years. I was with the Backstreet Boys from the beginning when they were just about to catch their shooting star. From signing their record deal to touring across Europe, Brian and I were inseparable. I saw the ups and downs, and want to share this amazing story with you.

Have you ever wondered what it would be like to date one of the Backstreet Boys? Are there questions you've always wanted to know the truth about? After the lights go down, what are The Backstreet Boys really like? I want to share with you some personal stories about the band, and some really fun, never before seen photos of Brian and The Backstreet Boys.

If it could happen to me, it could happen to you, and I want you to be prepared. I'm just a normal girl who was the first love of one of The Backstreet Boys. If you're going to be the next girlfriend or just want the hottest secrets about The Backstreet Boys, I think you'll enjoy What You Wanna Know. You'll definitely feel closer to those boys you love. Have fun with it, and enjoy!