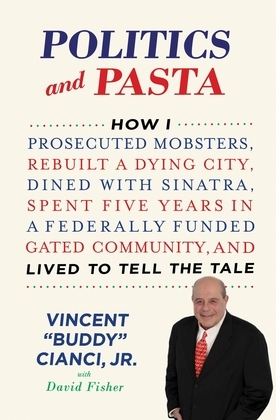 The story behind the podcast Crimetown, as told by the notorious Buddy Cianci himself.

An election is a war and "to the victor belongs the spoils." That?s the real democratic process. After all, you'll never see a victorious politician tell his supporters, "I want to thank all of you who worked so hard for my election. However, in the interest of good government, I've decided to give all the jobs to those people who voted against me." This belief became Buddy Cianci?s mantra. Following his own rules, Cianci spent almost three decades as mayor of Providence, RI... before leaving for an enforced vacation in a federally funded gated community.

Providence was a dying industrial city when he first took office, but he helped turn it into one of the most desirable places to live in America. He did it by playing the game of hardball politics as well as it has ever been played, living up to his favorite Sinatra lyric "I did it my way"?because that's the only way a mayor can run a city.

If you want to know the truth about how politics is played, you picked the right book. This is the behind-the-locked-door story of how politics in America really works. Here is a man who has been called many things: "America's Most Innovative Mayor," a "colorful character," and a convicted felon. But no one has ever called him shy. Here, he serves it all up.