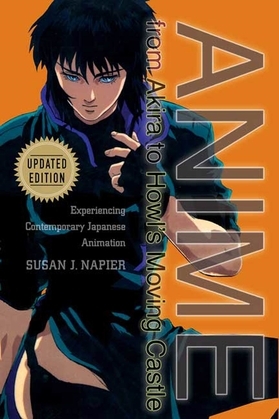 This new edition of the groundbreaking popular book from Susan J Napier, Anime from Akira to Howl's Moving Castle, is a must-have for both seasoned and new fans of anime.

Japanese animation is more popular than ever following the 2002 Academy Award given to Hayao Miyazaki's Spirited Away. It confirmed that anime is more than just children's cartoons, often portraying important social and cultural themes. With new chapters on Spirited Away and other recent releases, including Howl's Moving Castle-- which broke records in Japan--this edition will be the authoritative source on anime for an exploding market of viewers who want to know more.