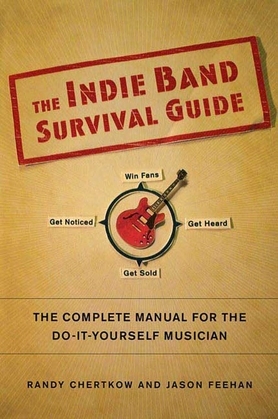 The Indie Band Survival Guide (2008 edition) is a tremendous resource for musicians looking to record, distribute, market, and sell their music for less than most rock stars spend on green M&M's. Musicians and web gurus Randy Chertkow and Jason Feehan cover every step of the process. With nothing but creative talent and the Web, they've gotten tens of thousands of fans for their band, in addition to being hired to write music for film, television, theater, and other media.