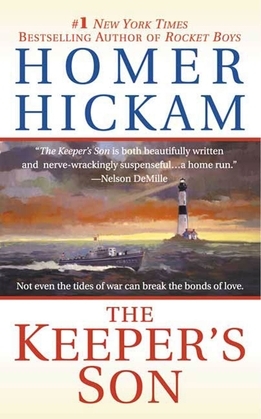 In 1941, Killakeet Island of the wind-swept Outer Banks of North Carolina is home to a tiny, peaceful population of fishermen, clam stompers, oyster rakers, and a few lonely sailors of the Coast Guard. Dominating the glorious, raw beauty of the little island is the majestic Killakeet Lighthouse, which for generations has been the responsibility of one family, the Thurlows.

However, Josh Thurlow, the Keeper's son, has forsworn his heritage to become the commander of the Maudie Jane, a small Coast Guard patrol boat operating off Killakeet. Josh is still tortured by guilt, seventeen years after losing his baby brother at sea. Then his life is complicated by the arrival of the beautiful Dosie Crossan, who has journeyed to lonely Killakeet to escape the outside world and perhaps find a purpose in life. While Josh's heart is stirred by the often-vexing Dosie, he continues his search for his brother, even after a wolfpack of German U-boats arrives to soak the island's beaches with blood and oil.

One of the U-boats is captained by Otto Krebs, a famed and ruthless undersea warrior. Krebs, a man also scarred by lost love, comes to Killakeet, however, with more than torpedoes and plans for war: He may also have the answer to the mystery that haunts Josh Thurlow.

The Keeper's Son is a rousing, romantic tale of the power of the human heart forever searching for redemption.