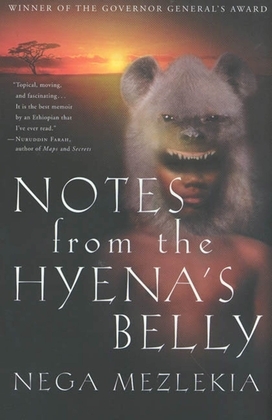 Notes from the Hyena's Belly

In this acclaimed memoir, Mezlekia recalls his boyhood in the arid city of Jijiga, Ethiopia, and his journey to manhood during the 1970s and 1980s. He traces his personal evolution from child to soldier--forced at the age of eighteen to join a guerrilla army. And he describes the hardships that consumed Ethiopia after the fall of Emperor Haile Selassie and the rise to power of the communist junta, in whose terror thousands of Ethiopians died. Part autobiography and part social history, Notes from the Hyena's Belly offers an unforgettable portrait of Ethiopia, and of Africa, during the defining and turbulent years of the last century.