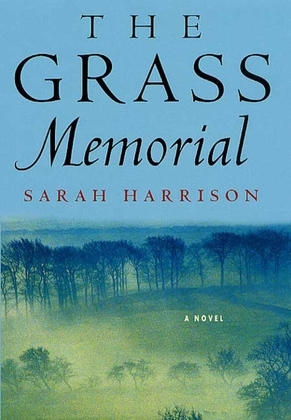 In the tradition of her epic masterpieces such as The Flowers of the Field, Sarah Harrison returns to the high quality storytelling that readers have come to love and cherish in The Grass Memorial, a sweeping novel that seamlessly weaves together three compelling stories that cover continents and spans generations.

The leaping chalk horse, carved into an English hillside in the Bronze Age, stands witness to centuries of human endeavor. For Stella, raw from the hurt of a long-standing love affair with a married man, it represents home-sanctuary from the adrenaline-fueled highs and corresponding lows of her career as a singer. Stella is tough, talented, spiky, and funny; adored by every man in every audience but a loser in love.

Writer Spencer McColl is a veteran of World War II, an American ex-fighter pilot with bittersweet memories of his glory days in the village of Church Norton, and of one girl in particular. Now in his seventies, he's making a last sentimental journey from Wyoming to the England of his mother's childhood, and the white horse, to pay tribute to his past.

The Latimer family estate of Bells, in the shadow of the white horse, represents the best of the Victorian values, but is touched by tragedy. When younger son Harry Latimer sets off to the Crimea as a captain in the Hussars, he does so with a heart burdened by his undeclared love for his sister-in-law, Rachel. The terrible reality of the battlefield, where mismanagement and disease prove as deadly as the enemy, provides a bitter contrast to Harry's memories of the tranquility of his rural home.

Stella, Spencer, Harry-each marches to the tune of a different drum, but all three march with stout hearts and heads held high, to meet life face on. The Grass Memorial is an absorbing exploration of the two great preoccupations of the human condition: love and war.