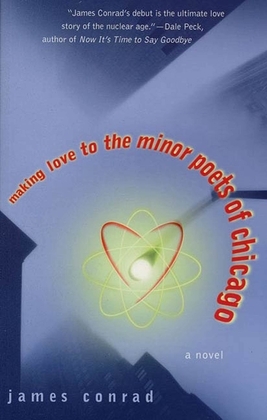 Making Love to the Minor Poets of Chicago

Set against the vibrant backdrop of Chicago, this is a story of science and poetry, manipulation and intrigue, and the lengths to which people will go for their passions.

The Yucca Mountain Project deep in the Nevada desert is the first planned long-term nuclear storage facility. The project is designed to contain nuclear waste for ten-thousand years, the amount of time it will take for the waste to no longer be radioactive. It is an ambitious project, especially in light of the fact that in this century alone we lacked the foresight to anticipate Y2K. Given this daunting responsibility, the project employs an artist, a botanist and an architect to contribute visual warnings to the site, in a manner decipherable to future generations.

Conrad imagines an influential poetry professor who insists that the project also include a poem, a great poem, an epic poem. It is this poem that brings us to the center of an extended circle of minor poets who are continually upstaging, back-stabbing and falling in and out of love with one another.