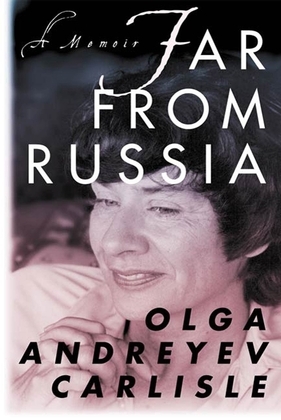 " ? Carlisle?s life emerges as stimulating, self-aware, and culturally rich. Many readers will hope for a sequel." - Kirkus Reviews

Olga Andreyev Carlisle has never lived in Russia, and yet throughout her life Russia has never been far. Far From Russia captures the enduring grip of Russia, and how the idea of that homeland shaped her world. We see her first as an aspiring painter in post-World War II Paris, savoring her independent life. There she falls in love with an American G.I., Henry Carlisle. With Henry, she comes to the United States, to Nantucket, where she is introduced to his family's more reserved ways. In New York City, Olga begins to piece together a community in a strange land of artists and writers including, Robert Lowell and Robert Motherwell. Carlisle makes vivid the influential and heady times of both postwar Paris and New York.