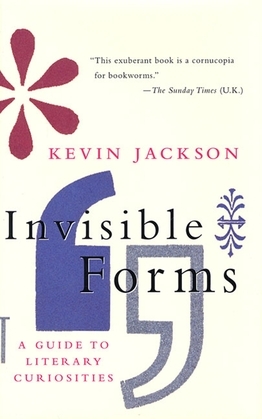 Dedications, Titles, Epigraphs, Footnotes, Prefaces, Afterwords, Indexes... These and other "invisible" literary necessities form the skeletons of many a book, yet these unacknowledged and unexamined forms abound in wisdom, curiosities, or eccentricities.

With both erudition and wit, and drawing on examples from every part of literature's history, ranging from the greats such as Shakespeare, Beckett, and T. S. Eliot to lesser known writers such as Fernando Pessoa. Jackson's mixture of serious literary analysis and jovial wit means Invisible Forms will appeal to anyone who is interested in books and in the art of writing.

It is the perfect companion for literature lovers everywhere.