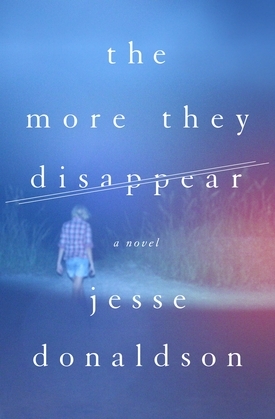 The More They Disappear

"The More They Disappear delivers everything a reader could want. On one hand a compelling literary thriller, on the other a deep and generous meditation on life in a small town torn by addiction, poverty, and corruption." --Philipp Meyer, author of The Son

The investigation throws Harlan headlong into the burgeoning OxyContin trade, from the slanted steps of trailer parks to the manicured porches of prominent citizens, from ATV trails and tobacco farms to riverboat casinos and country clubs.

As the evidence draws him closer to an unlikely suspect, Harlan comes to question whether the law can even right a wrong during the corrupt and violent years that followed the release of OxyContin.

The More They Disappear takes us to the front lines of the battle against small-town drug abuse in an unnerving tale of addiction, loss, and the battle to overcome the darkest parts of ourselves.