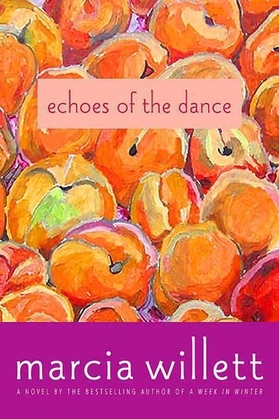 Echoes of the Dance

In the mellow stone house of his childhood, Roly Carradine has found refuge in the stream running past the garden where a heron makes his nest. A broken marriage and a terrible burden of guilt made Roly remove himself from his busy London life; here in Cornwall he welcomes Kate, who also seeks refuge from the grief of losing her husband, and young Daisy Quin, a dancer recovering from a back injury.

Roly's son Nat, a garden designer with his own secret, lives not far away, and is plagued by the unsympathetic visits of his mother Monica, Roly's ex-wife. Daisy, her burgeoning talent frustrated by her back problems, has been taken in by Mim, Roly's sister and a brilliant ballerina until an accident forced her into early retirement. Living in Bath, Daisy thinks she has found love with the attractive schoolmaster in the nearby flat---but her dreams prove to be false ones.

Treating Marcia Willett's ardent fans to a return visit with some of her most endearing characters from previous books, Echoes of the Dance is a gem of a story to be savored.