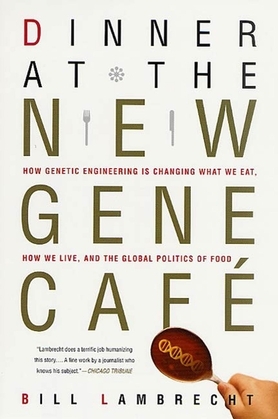 Dinner at the New Gene Café

Biotech companies are racing to alter the genetic building blocks of the world's food. In the United States, the primary venue for this quiet revolution, the acreage of genetically modified crops has soared from zero to 70 million acres since 1996. More than half of America's processed grocery products-from cornflakes to granola bars to diet drinks-contain gene-altered ingredients. But the U.S., unlike Europe and other democratic nations, does not require labeling of modified food. Dinner at the New Gene Café expertly lays out the battle lines of the impending collision between a powerful but unproved technology and a gathering resistance from people worried about the safety of genetic change.