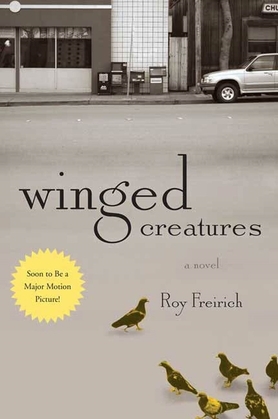 Shots ring out in a local fast food restaurant. Teenager Anne Hagen and her best friend Jimmy hide under a table, watching a suicidal gunman randomly murder her father and others. Winged Creatures tells the stories of the survivors. . .

Struggling to understand her father's death, Anne develops a religious hysteria. Jimmy becomes mute, protecting a secret that he and Anne share until it nearly destroys him and his already fractured family. Grazed by a bullet, driving instructor Charlie becomes obsessed with pressing his luck at a casino. By dangerous degrees, restaurant cashier Carla loses her ability to care for herself and her infant son. Dr. Laraby, an ER physician who failed to revive the shooting victims, turns to his wife as someone to "save," while psychologist Ron Abler tries to counsel the witnesses, but meets suspicion and resistance.

Winged Creatures intimately depicts the inner lives of five people driven by secret torments and dangerous compulsions, in flight from their own memories and dreams, as they struggle to regain their trust in the ordinary world.
ROY FREIRICH is a screenwriter and songwriter living in Malibu, California. Winged Creatures is his first novel.